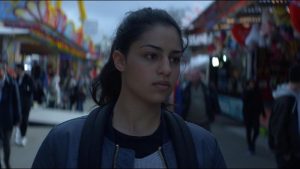 “Seuls” (alone) is a French fantasy film co-written, co-produced and directed by David Moreau , released in 2017 . The teen movie is the adaptation of the comic Franco-Belgian namesake of Bruno Gazzotti and Fabien Vehlmann.

Story-line:
Leila, sixteen, wakes up late like every morning. Except that today, there is no one to press it. Where are his parents? She takes her bike and goes through her empty neighborhood. Everyone is gone. Thinking she was the only survivor of an unexplained catastrophe, she ended up crossing four other young people: Dodji, Yvan, Camille and Terry. Together, they will try to understand what has happened, learn to survive in their hostile world. But are they really alone?